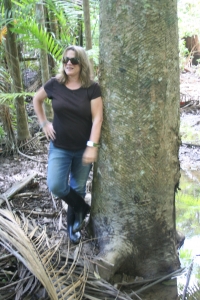 A recording of this talk is available to view HERE

Current deforestation rates and numbers of fires are on the rise in Amazonia, in spite of a period, at least in the Brazilian Amazon, where economic expansion seemed to be decoupled from deforestation.

Dr Hecht argues that while indeed deforestation rates did decline for a decade, this may have had more to do with institutional contexts, implementation of regulation, political circumstances and novel agreements, than production intensification per se. Indeed, the regional dynamics followed more the dynamics of the Jevons Paradox, than the land sparing model, and the system had high levels of “leakage” in to less regulated systems (Bolivia, Chaco) and regions with less environmental activism and more undefined tenurial regimes, such as Matopiba, the regional development matrix actively promoted under Dilma Rousseff. While soy systems intensified, overall livestock systems did not, in part because of their role in land claiming. Other elements of the clandestine economies (gold, timber, coca) expanded as well. Small farmer and peasant economies expanded in part because of active agrarian reform periods in the last ten years in Bolivia and in Brazil as a result of political pressures.

Her central argument, however, is that in the last 5 years, Pan Amazonia has become a scene of flailing states as internal civil strife, questions of political legitimacy, corruption etc, and direct policy intervention to reduce regulation and promote expansion have paralyzed regulatory apparatus through an expanded economic dependence on global commodities—legal and illegal— under conditions of increasing inequality, and minimal national value added. This dynamic has been exacerbated by the Covid situation.

Dr Hecht is Professor at the University of California Luskin School of Public Affairs, and the Institute of the Environment and Sustainability. She is also Professor of International History and Politics at the Graduate Institute for International Development Studies in Geneva.  She is considered one of the founders of the analytic approach known as political ecology. She is the recipient of the David Livingstone medal, Eleanor Melville and Carl Sauer awards. Her books, including Fate of the Forest: developers defenders and destroyers of the Amazon, have won multiple awards, and her most recent work, The Scramble for the Amazon and the Lost Paradise of Euclides da Cunha, was awarded the best book on environmental history by the American Historical Association in 2015.