Can tropical forests keep up with climate change? 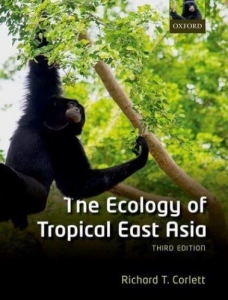 A recording of this seminar is available to view HERE

The critical role of tropical forests in protecting carbon and biodiversity makes it important that we can understand and predict their responses to climate change. Projections based on correlations between present-day vegetation and climate show the boundaries of tropical vegetation types shifting 100s of kilometres by the end of the century, reflecting distances to the closest future climate analogues. Clearly, however, the wholesale movements of plant species implied by these projections are not going to happen, at least in the next few decades. How and how quickly can tropical forests respond to climate change and rising CO2 levels?

Richard Corlett did his first degree, in Botany, at the University of Cambridge and PhD in Plant Ecology at the Australian National University, with fieldwork in Papua New Guinea. He has lived and worked in the Asian tropics ever since: at Chiang Mai University (1980-82), the National University of Singapore (1982-87 and 2008-2012), and the University of Hong Kong (1988-2008), then, since 2012, at the Xishuangbanna Tropical Botanical Garden, Chinese Academy of Sciences, in southwest Yunnan. His research focuses on ecology and conservation in tropical East Asia and he was a lead author for the Asia chapter in the 2014 AR5 WG2 IPCC report. In addition to many scientific papers, he has written several books, including The Ecology of Tropical East Asia (Oxford University Press, 3rd edition, 2019).