Global changes and the challenge of sustainable development: how is nitrogen enrichment affecting ecosystem functioning and services? 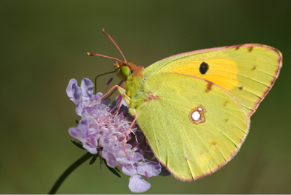 Atmospheric nitrogen deposition and other sources of environmental eutrophication have increased substantially over the past century worldwide, notwithstanding the recent declining trends in Europe. Soil eutrophication affects plants as well as their interactions with multiple primary consumers, with consequences for overall ecosystem functioning. Currently, Luísa’s research group focuses on the study of how such impacts propagate through ecological networks, and affect ecosystem functioning (particularly on pollination, herbivory and parasitism), taking into consideration interactive effects with climatic and land use changes. They combine macroecological studies involving analyses of temporally and spatially explicit historical datasets, with controlled field experiments to better understand the mechanisms that regulate global patterns of biodiversity.  In this talk, Luísa will mention some of their recent findings and their ecological and socio-economic implications.

Luísa G. Carvalheiro did her first degree in Biology at University of Lisbon (Portugal, 2002) and PhD at University of Bristol (UK, 2008). After she worked as a postdoctoral fellow at University of Pretoria/SANBI (South Africa, 2008-2010), University of Leeds (UK, 2010-2015) & University of Brasilia (Brazil, 2015-2017). From 2010-2016 she was linked to Naturalis Biodiversity Center (Netherlands) as a guest researcher. Currently she works as an Adjunct Professor at Universidade Federal de Goiás (UFG, Brazil), also linked to CE3C (University of Lisbon, Portugal). She is an associated editor of the journal Methods in Ecology and Evolution, and was included in the Clarivate Analytics Highly Cited Researchers List in 2018.

Lessons from intensifying agriculturePOSTPONED – The sensitivity of Amazon forests to global change: a multidisciplinary perspective
Scroll to top