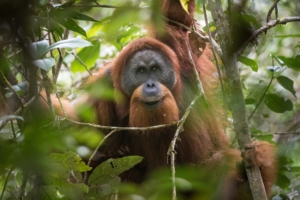 We are living in the most explosive era of infrastructure expansion in human history.  The most ambitious scheme is China’s Belt & Road Initiative, which will involve over 7,000 planned infrastructure and extractive-industry projects that span much of the planet.  Chinese President Xi Jinping promises the Belt & Road will be “green”, “low-carbon” and “sustainable”, but Prof Laurance argues that this is blatantly misleading.  He will illustrate the harsh realities of the Belt & Road by describing the plight of the Tapanuli Orangutan, the world’s rarest great ape.  He will then identify strategies to lessen the most urgent environmental and societal hazards of the global infrastructure tsunami.

Bill Laurance is a Distinguished Research Professor and Australian Laureate at James Cook University. He has written eight books and more than 600 scientific and popular articles. He is a Fellow of the Australian Academy of Science and the American Association for the Advancement of Sciences, and former President of the Association for Tropical Biology and Conservation. His professional honours include the Heineken Environment Prize, the BBVA Frontiers in Conservation Biology Award, a Distinguished Service Award from the Society for Conservation Biology, and the Zoological Society of London’s Outstanding Conservation Achievement Prize. He founded and directs ALERT—the Alliance of Leading Environmental Researchers & Thinkers—a science-advocacy group that reaches 1-2 million readers weekly. He is a four-time winner of Australia’s Best Science Writing Award.